There is a memorial board on the wall of the house #96, Zhadanivskogo street (now Zhylyanska street), with engraved words on it: “In this house lived since 1912 and died in 1940 the luminary of Ukrainian stage, Peoples’ Artist of USSR Saksaganskiy Panas Karpovych”.

Saksaganskiy is one of the founders of Ukrainian professional theatre. His life is the bright example of high artistic achievement. He started his selfless and tireless struggle for democratic art and people’s theatre since Tzarism times. Theatre had been the important tool of fight against Tzar servers and the the Black Hundred… “Theatre stage was like a tribune, on which we manifested to the defense of simple Ukrainian people” – Saksaganskiy wrote, when summarizing his long-lasting activity for the labor people’s good.

The troupe under his direction was an example to follow for all Ukrainian artistic groups. Almost every year it gave performances on tours in Kyiv (the most frequent performances were held in the building of today’s Russian drama theatre).

The performances of the theatre, directed by Saksaganskiy, had been a real celebration of art for Kyiv workers, students and progressive intelligentsia. He has created the wide gallery of unchallenged characters, mostly in the classical Ukrainian plays. Being the brilliant stage manager, in his plays Saksaganskiy had always opened the depth and brightness of the author’s thought at its best, as well as the harmonious and highly artistic performance. 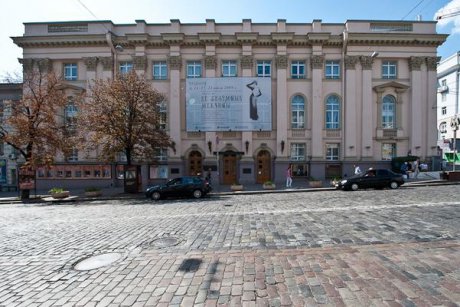 Great contribution was made to the educational activity. His books about actor’s art and directing - is the priceless theoretical heritage, that summarizes the rich artistic experience of Ukrainian coryphees. Those writings were dedicated to young masters of Ukrainian theatre.

The government had highly priced the great master’s merits, and had awarded him with the People’s Artist of the USSR title. Ukrainian people are cherishing the memory of the great patriotic artist. Thus, one of the central Kyiv streets was named after him.. 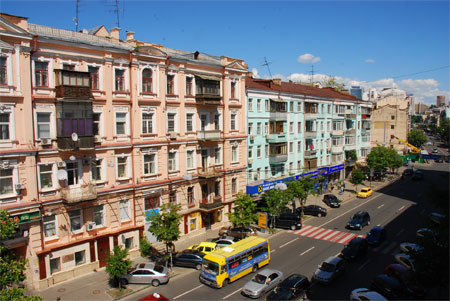